Please note all names have been changed 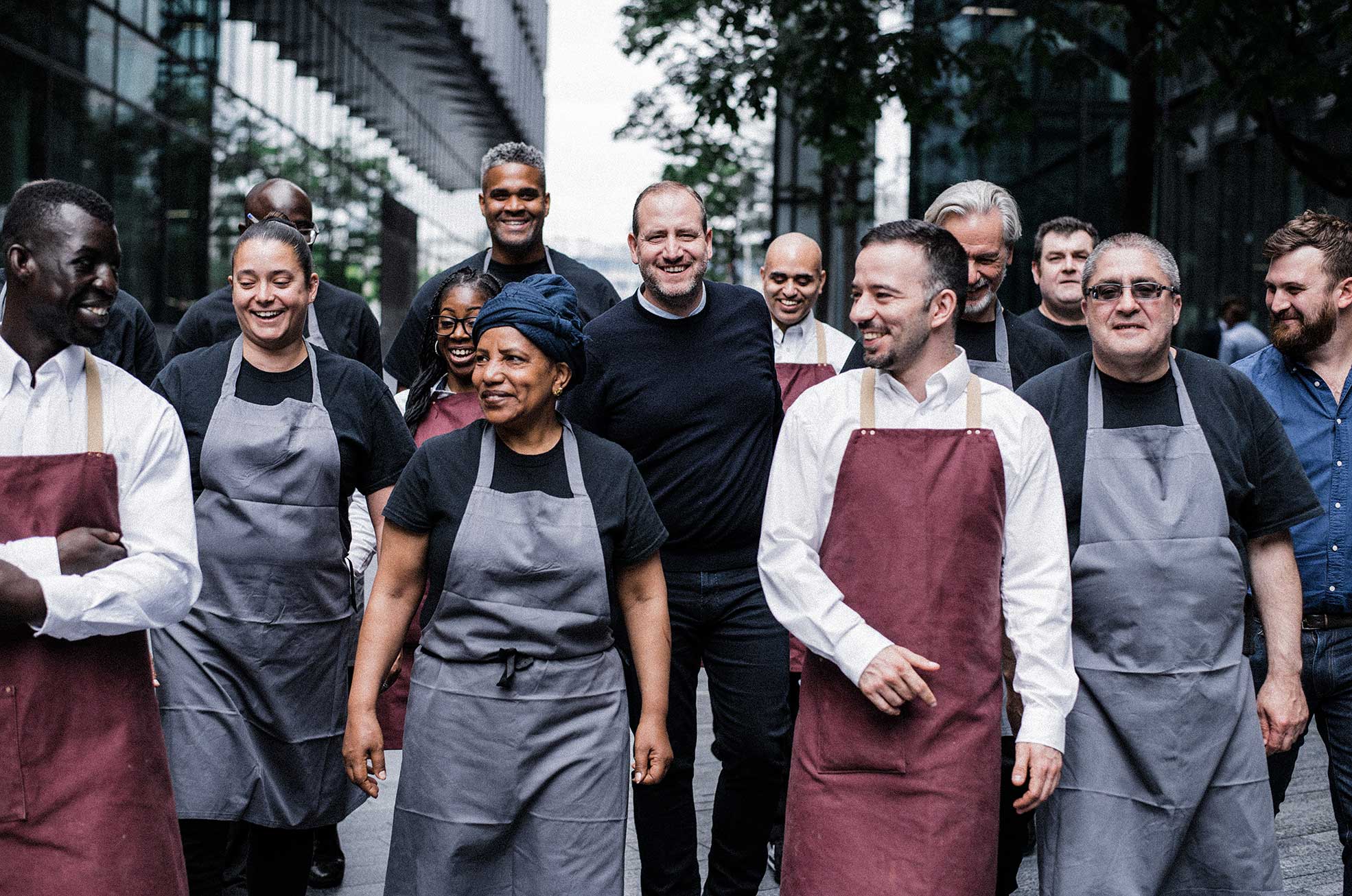 Please note all names have been changed

Sid spent a winter sleeping rough in London. Often on the streets all night in freezing temperatures, he sometimes sheltered in a toilet in Kings College Hospital, locking himself in for safety while he tried to sleep.

Born in Kensington and brought up in his parents’ home country of Egypt, Sid’s life darkened when he returned to England at 24. Initially supporting himself with a job in a hotel, things were going well until Sid fell into a dangerous group of friends and started using heroin and crack cocaine. The addiction overcame him. He lost his job, his flat and felt bereft. Homeless with no possessions and no family in the country.

Looking back, the now 31-year-old said: “If I’d have carried on living the way I was, I wouldn’t have had very long to live, a few months maybe.”

Outreach workers spotted Sid sleeping rough and offered him a place St. Mungos. In need of a new start, Sid went into rehab and enrolled on one of Beyond Food’s first-ever programmes. The course saw Sid become one of the first trainees at the chocolate factory where Beyond Chocolate Truffles were made. 18 months of on the job training, confidence building and learning new skills under Chef Simon Boyle and a team of mentors helped Sid start again.

Sid found a job that paid well enough to support his new young family. His daughter was born at Kings College Hospital just down the corridor from where Sid sheltered.

Sid is now an accomplished chef running bed and breakfast and is a heartbreakingly proud husband and father. 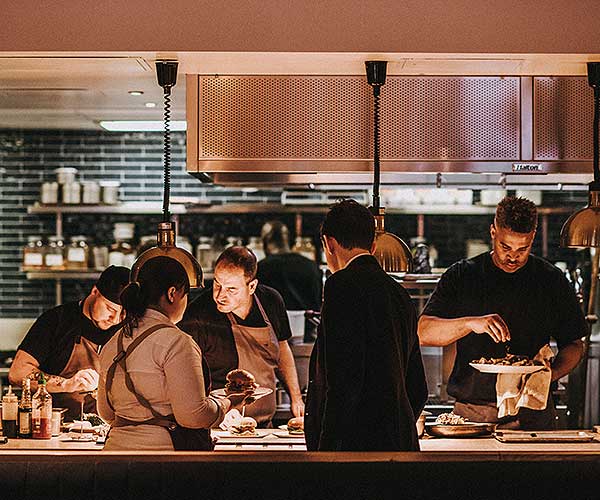 Before gaining a place on the Beyond Food kitchen apprenticeship, Dee had been homeless, a victim of domestic violence, and took solace in alcohol. Though she had been offered a lifeline in the form of her flat, maintaining this was reliant on a regular income and more stable lifestyle. After being referred to the scheme by her key worker, through the Beyond Food apprenticeship she found renewed confidence to find work, stay away from drink and tackle any of the other challenges that life might throw at her.

Dee’s first introduction to the scheme was through the Freshlife programme, where she learnt many of the food, hygiene and working-life skills that would be so crucial to her full-time apprenticeship. She particularly remembers some of the inspirational days out – “I’d never seen anything like Borough Market before” – as well as coming across new and exciting ingredients.

For the Dee the routine was hugely beneficial in keeping her motivated and focus on self-improvement. “I had something to look forward to” she explains, “whereas before it felt like I was in a cycle of self-pity.”

Having qualified from the apprenticeship, Dee initially went to work with the high-profile Sea Containers London (formerly the Mondrian Hotel) however found the hours too long and opted instead for a role with Irish pub chain Murphy’s.

In fact, one of the major challenges of apprenticeship was adjusting to the often-long hours and intense working life common in many professional kitchens, compared with the more reasonable hours worked at Brigade (8-hour shifts) and supportive environment. Because of her age and home situation – which included looking after a son with autism – anything longer was unsuitable or sustainable.

Dee has found the Beyond Food team’s ongoing support to be particularly beneficial. “Jan continues to be a big support; I text or ring her about any problems I may have, and Simon is an extraordinary man, and I would happily pick up the phone to him if need be.”

After serving a two-year stint in prison, Peter was introduced to Beyond Food and now works as Chef de Partie in an upmarket private member’s club in London’s Mayfair.

Growing up in South West London, Peter took inspiration from his mother’s home cooking and sister’s job as a Head Chef in the USA. Despite a love of food, he worked in warehouse management, a physical role that became increasingly difficult with age.

Upon leaving prison, whilst living in supported housing and faced with the prospect of trying to find work at a relatively old age and with a prison sentence on his record, Peter was recommended the Beyond Food apprenticeship by his parole services and has never looked back.

Of the apprenticeship, Peter says:

“It’s life-changing, but you need to commit. It’s a challenge trying to find work with a prison sentence on your record and the apprenticeship has opened a lot of doors for me in that respect.

I learnt so much from the outset, from cleanliness and handling food to specific skills and expertise. One of the areas I took ownership of at Brigade was fish – that was my section – and to this day I do all the fish work in the kitchen.

Cheffing is not easy – I used to work 18-hour days – but it’s hugely fulfilling, and my friends and family love what I’m doing.”

Jane encountered Beyond Food at a critical crossroads. Like many of the apprentices she was introduced to the scheme by support services – in this instance a drug counsellor; during a vulnerable and unhappy period: living in a hospice, losing her sister to cancer, encountering relationship challenges and struggling with an increasingly destructive drug habit.

A life-changing trip to walk the Camino de Santiago pilgrimage in Spain encouraged Jane to reassess life and embarking on the Beyond Food kitchen apprenticeship was one of the positive outcomes of this trip.

After completing the apprenticeship, one of the significant challenges coming out of it was figuring out how to use those skills in the real world. After working several full-time kitchen roles, Jane opted for flexible agency work in the contract catering sector.

For Jane what Beyond Food was able to offer was much more than merely getting a job: “it’s about love and support, having people tell you that you can do something and making something of your life.” 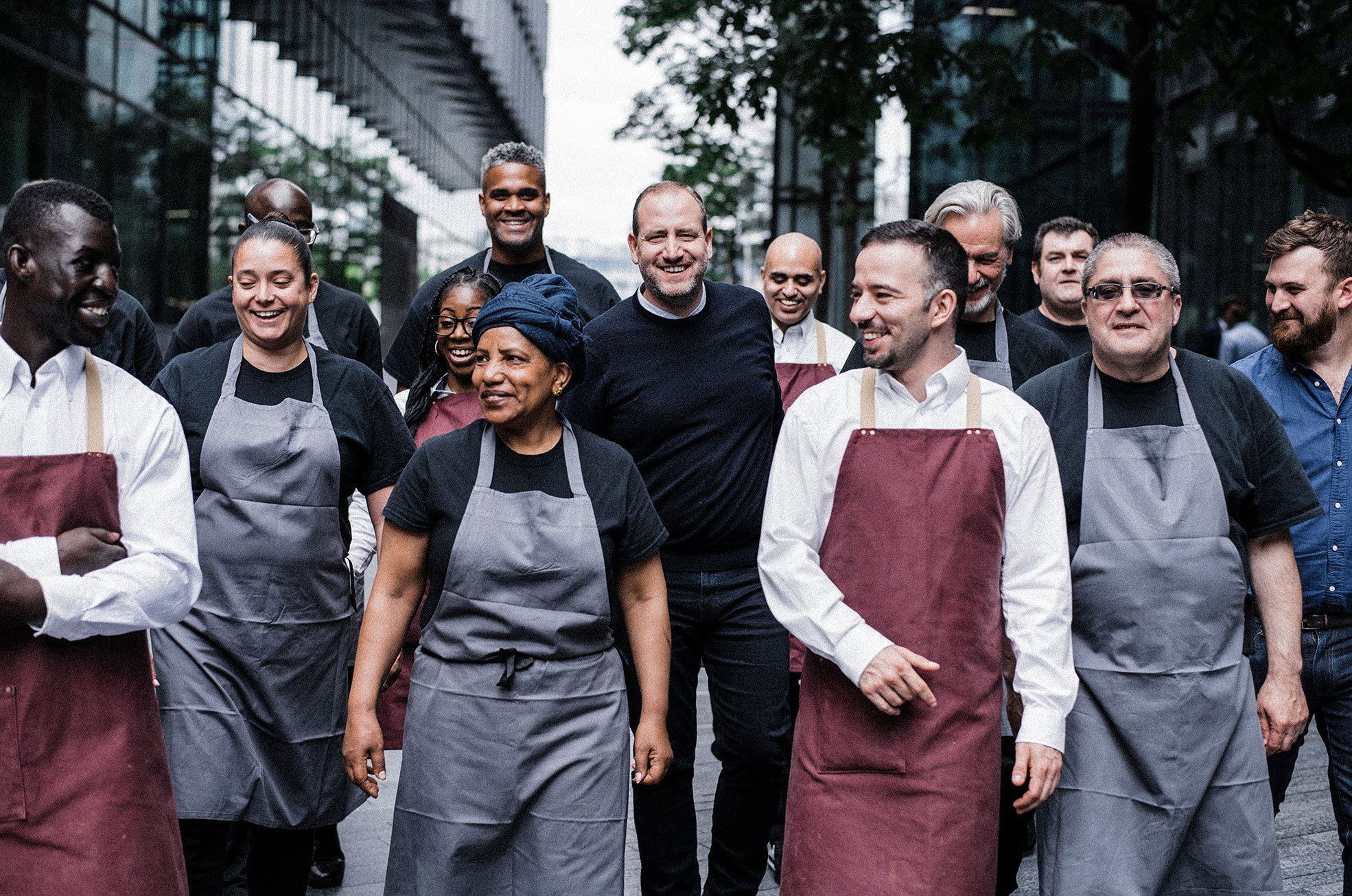 Ellie ended up living on the streets after the relationship with her family broke down. Often going for days without food and proper sleep and never feeling safe.

Ellie’s life started to change for the better she was offered a place in a homeless hostel in Westminster. A bed to call her own made her feel safe and enabled her to start planning for the future. Not long after moving in, Ellie heard about the Beyond Food Foundation and attended the Freshlife programme and then the United Kitchen Apprenticeship Programme.

With hard work, commitment and determination, Ellie passed the Apprenticeship and went on to work as a Commis Chef at The Savoy. Being offered a permanent job gave Ellie the strength to re-engage with the family, she missed so much but never felt the strength to see as she was ashamed of living on the streets.

“The support of the Beyond Food Foundation has enabled me to be proud of who I am again and make my son proud of me too! I don’t know if I would have ever seen him again if I hadn’t had Beyond Food’s staff’s support. In 18 months, I went from living on the streets to becoming a chef in the Savoy, having my own flat and re-engaging with my son. Dreams do come true.”

Send us a message for support